The wait has finally come to an end the awaited album is here by Apa Ili So Entertainment signed artist – Dizmo who is also know as Kamufana Kandalama.

The new released album is tagged “Ghetto 2 Mayadi”, Which which comprises of nineteen(19) songs on it. the album Ghetto 2 Mayadi marks as Dizmo’s first ever album. Ghetto To Mayadi got you covered in all genre of music is featured some known artist each as – Willz Mr Nyopole, Kekero, T Sean, Chef 187, Stevo, Yo Maps, Tim, Dope G, Jemax, Jae Cash, Drifta Trek, Mubby Roux, Bobby East, Muzo, Izrael.

Moreover, the song is title ‘More FNB‘ which features Jae Cash and was produced by Ricore.

Groove to the audio below and enjoy 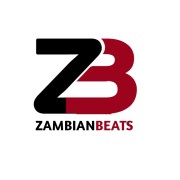